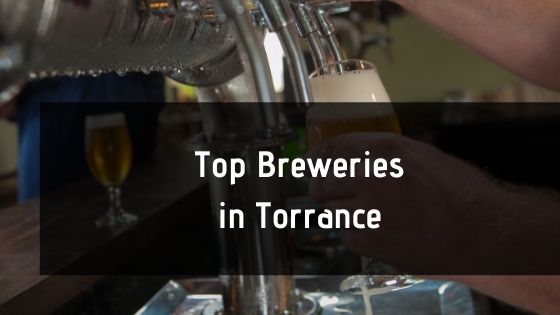 Being part of the Los Angeles Metropolitan Area means you have a grand total of 151 breweries to choose from. As you can imagine, knowing which ones are best can be tricky with so many options! However, it’s in Torrance, CA where you’ll find some of the top breweries.

With only 1.5 miles of coastline, Torrance can often get overlooked, but that’s a mistake! Some of the best Torrance breweries are coming right up!

The city has much more to offer beyond beach access, and its local breweries are one of the many examples of why Torrance, CA is a great place to be in! Whether you're on a brewery tour or you decide to check it out yourself, you'll want to know where to go.

Keep reading to learn about the top 7 breweries in the city!

Founded in 2012 and located on Western Ave., Monkish specializes in a unique beer which they refer to as “Belgian-ish and IPA-ish.” And these have proven to be very popular, even with all the other wonderful Torrance breweries!

They have two locations: One in Torrance, CA and the other in Anaheim. These breweries are famous for their tasting rooms/beer gardens. The tasting room is a wonderful experience!

They’re open any day of the week, so you can stop by for a drink and even take one to go anytime! Should you choose to stay at the brewery, it’s good to know that they have indoor and outdoor seating, and the tasting room is dog and kid-friendly!

Monkish does not have a kitchen or a food hall, but you’ll be pleased to learn they have scheduled vendors available so you can pick a day that best suits your tastes.

Jonathan and Laurie Porter founded Smog City in 2014 and have been proudly serving beer on draft, in cans, and in bottles ever since. These range from sours to barrel-aged beers and IPAs. 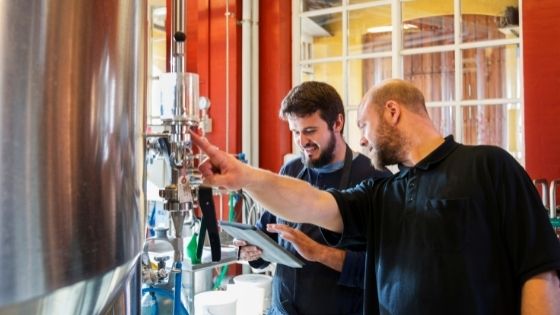 Their most popular beers are Friendly Conversation and Little Bo Pils.

While they now have four locations around the Los Angeles Metropolitan Area, their Torrance, CA location remains the signature spot, though their brewing equipment can be found elsewhere.

Smog City gets extra points for its setting. When seated inside, you’ll be sitting next to aged barrels with a view of the stainless brew kit at the back of the building. Their outdoor seating is also popular and hosts live music and other special events.

Food trucks are available on site.

Absolution Brewing Company specializes in ABC beer. They’re recognized for their use of fresh ingredients in all their beers. You can rest assured that you’re drinking a true California beer with these locally sourced ingredients, from grain to water!

Their taproom features a whopping 21 taps that pour from the industrial taproom custom-built inside their brewing area. It even features the classic warehouse garage door! The most sought-after brews here include Cardinal Sin and Absolution Governor of Taste-Ville.

Vendors from the local area come in from Thursdays to Saturdays with options ranging from Philly cheesesteaks to hotdogs, or some french fries, if that's more your style.

This brewery is family-owned and proudly sticks to West Coast beer traditions with a couple of Old World style exceptions to their craft beers. They have a custom brew kit that was crafted with the goal of sustainability.

Their taproom has 20 taps and 8 fermenters, and it’s open every day of the week with seating inside and outside. They're a great family-operated brewery to check out!

A popular feature of Scholb Premium Ales is their massive, comfy sectional sofas. You can hang out with friends or play games here!

If you’re looking for the best drinks while you do, Tall Dank and Handsome, and Bee Keeper’s Daughter are the ones to go for. 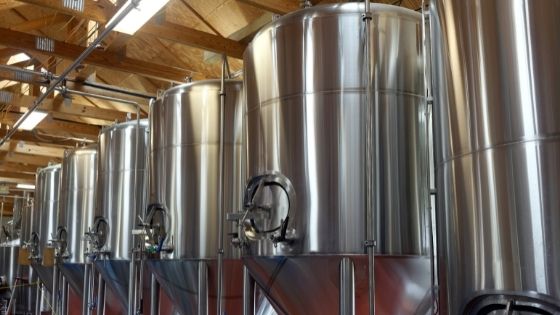 Strand is one of the original independent craft breweries in the Los Angeles Metropolitan Area and South Bay. Not only do they feature top-notch beer, but they also have a distillery for whiskey, gin, and vodka.

This craft brewery is dog-friendly, so feel free to bring along your pet while you enjoy one of their drinks!

Daily food selections from local vendors and their hosted events are outlined on the website. Wednesday night is trivia night, and you can win up to $10,000 if you’re at the top of your game!

You can sample many beers, have beer on tap, order pints, or purchase beer in cans here. Their most popular beers are Mushashi and Strand Throwback Lager.

Founded by a father, son, and their dog named Mac, Burnin Daylight is a staple brewery in Torrance, CA. Brendan, the son, worked at the renowned Stone Brewing before founding Burnin Daylight.

The tap room has both indoor and outdoor seating, though the outdoor is a favorite thanks to their fire pit. As you get cozy by the fire on cooler nights, you can pick from their 10 taps.

Unlike the previous mentions on this list, Burnin Daylight has an in-house kitchen! You can have a variety of starters as well as tacos, wraps, and burgers. As for beer, the Citrus Slammer and Sunrise Sour are great choices. 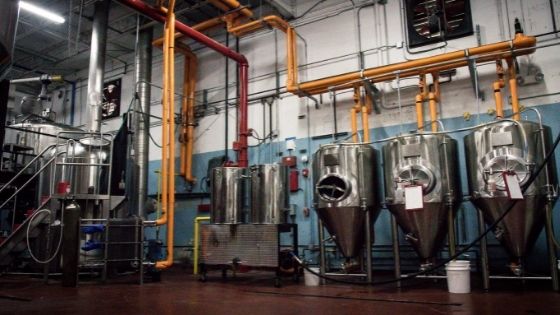 Unsurprisingly, their taproom is called their pub, and they have eight hand pumps for the ale. If you’d prefer keg beers, they have 10 taps of that as well.

Their top beers include Tweedy and Tatler.

As for food, they have traditional British pub food like fish & chips and chicken tikka masala. You’re sure to get a taste of the beer scene across the ocean here!

If you’re looking for great breweries in the Los Angeles Metropolitan Area and are of legal drinking age, Torrance, CA is the place to be! With the above options, it’s hard to go wrong. From sustainable breweries to cask ale producers, there’s something for everyone! Make sure to try any seasonal flavors they may have too.

Have more questions or want more information? Contact us today.

Are you interested in investing in California real estate? If so, Pinnacle Property Management can help. Reach out today.